Workshops of HELICON project have been closed

HELICON LIFE project paid particular attention to informing professional groups and coordinating different fields of expertise. Within the framework of the project, 79 workshops and conferences were organized, and associates held presentations on 55 further events between 2012 and 2016. Altogether, more than twelve thousand people attended these events.

Hunters
Hunting parties were one of the project’s most important stakeholder groups, thus we were pleased that more than three thousand hunters visited the workshops we organized in collaboration with the Hungarian National Hunting Chamber, Department of Fish and Game of National Food Chain Safety Office and the Institute for Wildlife Conservation of Szent István University. During these courses, experts held presentations and lectures on the consequences of irresponsible predator poisoning, roles of factors affecting small game populations, as well as legal methods to reduce predator abundance.

Police
We informed nearly 600 policemen and investigators about legal and nature conservation consequences of predator poisoning during twelve trainings and workshops organized with the help of Hungarian National Police Headquarters and the National Bureau of Investigation.

Prosecutors and judges
We were particularly happy that the Office of the General Prosecutor and the Hungarian Academy of Justice incorporated the legal aspects of raptor poisoning in their trainings. In 2016, during six trainings, altogether 125 lawyers and 46 judges participated in those workshops, which were organized in collaboration with experts of the project.

Farmers
MME and the Hortobágyi National Park organized three workshops for farmers operating in the Jászság SPA. As a result of a common proposal the Jászság High Nature Value Area was established, where the game and eagle-friendly management is supported by agri-environmental subsidies.

In collaboration with the Hungarian Chamber of Agriculture and the “Sustainable conservation on Hungarian Natura 2000 sites” project (http://www.natura.2000.hu) six trainings were organized, in which 1300 agricultural advisors could get information about the financial support scheme of game-friendly agricultural practices. 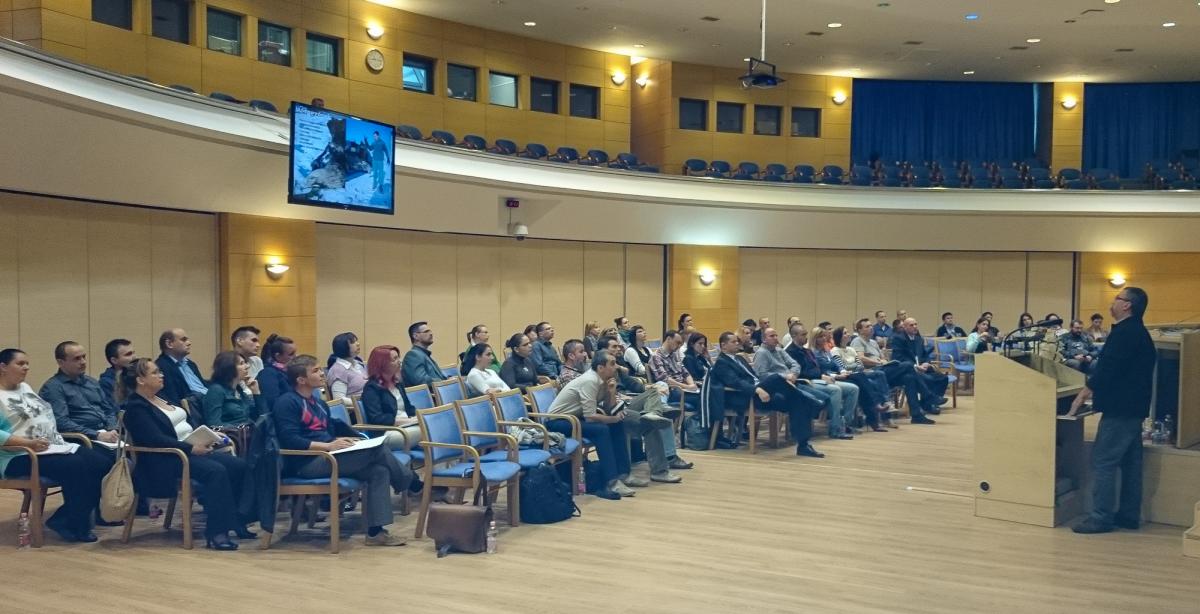