Web camera documented the fall of an Imperial Eagle nest for the first time ever!

To make the event even more extraordinary, the nest was still occupied. A young eagle was still in it ready to fledge. And he was no other, than Kelemen, whose erratic life we already reported about before, and whose everyday life had been followed by thousands with the help of a web camera.

“Kelemen” was orphaned already as an egg. It was quickly saved and artificially hatched by colleagues of the Körös-Maros National Park. Later he was given up for adoption successfully to an infertile eagle pair by associates of the MME and the Hortobágyi National Park Directorate.

We reported about the main stages of “Kelemen” ’s life story in the end of June, when he was marked with a colour-ring, and a web camera was also mounted above the nest making for the general public possible to watch him live till his fledging.

Experts was hoping that his life, after all he had gone through, would turn to normal given perfect weather during mid-summer. Things happened differently.

July 2nd
The camera went bad after a few days of working. Blessing in disguise, that satellite tagging was planned around that time anyway so it would offer an opportunity to repair the camera while the nest is climbed anyway.  The camera system works and Kelemen sports an active satellite transmitter. 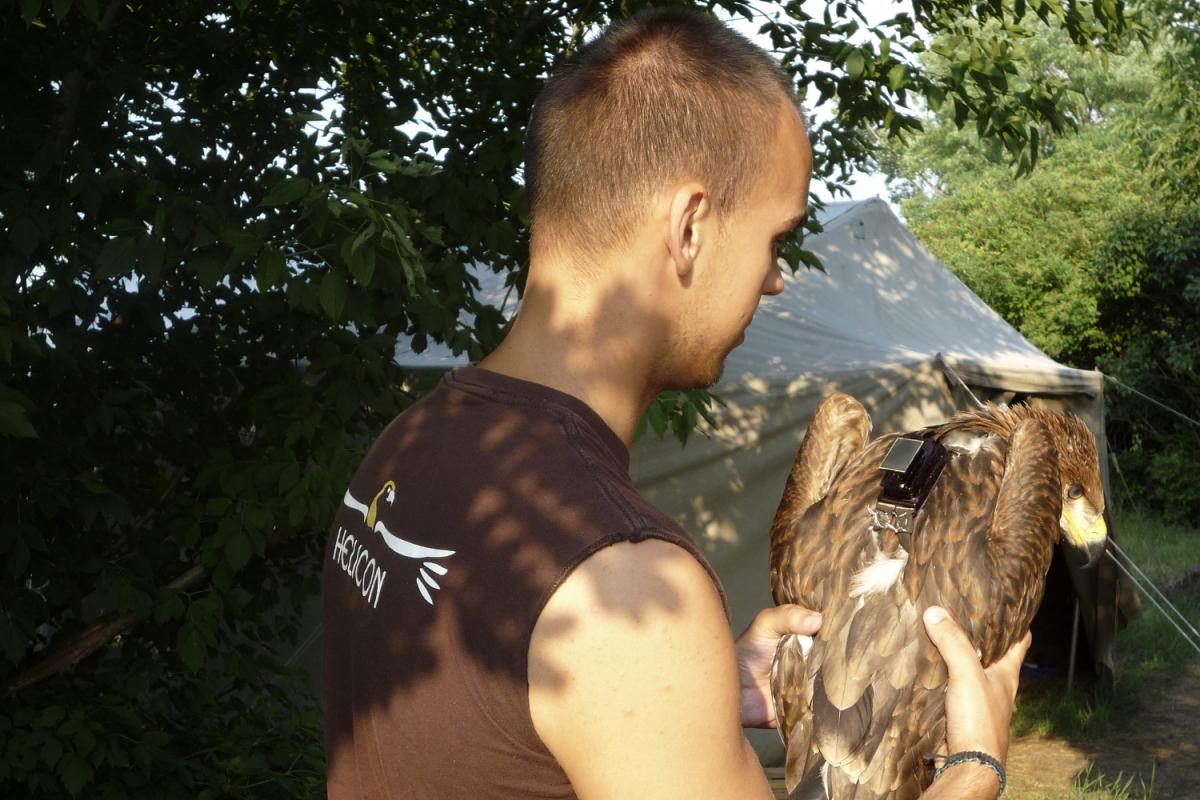 July 5th (Sunday)
The morning was quiet, Kelemen was eagerly waiting for his parents while walking around the nest.

14:05 – without any notice, the nest tilted from one side to another, but suddenly stopped for a few seconds. The fledgling was not scared at all, instead he was balancing with open wings. Shortly, the nest started to shift again and eventually fell off. Kelemen was walking to the edge and jumped off the nest in the very moment of the fall.

It happened so fast, that even the volunteers watching the nest with spotting scopes from the distance of one kilometre couldn’t see or hear anything.

Fortunately, people watching the event live alarmed the experts immediately. The project leader, who was in Sofia, Bulgaria at that time, organized the rescue from his hotel room. Being mid-summer and a Sunday, one colleague had to abort his holidays while the ranger of that particular area had to rush to the scene from more than 100 kilometres where he was visiting relatives. Until they arrived, volunteers and a detective of the project partner National Bureau of Investigation, who happened to live nearby, started searching for the eaglet.

Kelemen luckily survived the 15-metre fall because he jumped out of nest avoiding the branches damaging him.

Meanwhile, the team of the experts arrived and decided to build a new nest, which took a few hours on another tree nearby. During, the volunteers had to move to a new place to watch the eaglet afterwards, which was essential in order to keep him alive.

After this, Kelemen was put back seemingly in upset condition to the new nest. The search and the construction of the nest took several hours and the parents most likely noticed the procedure, therefore, we left half of a rabbit in the nest. Kelemen may survive with this the next few days without the parents feeding him.

Unfortunately, there was no chance to move the camera to the new place, hence there has not been live broadcasting about what is happening in the nest.

July 7th
The nest-guards saw as the parents circled over the nest and heard as they communicated with the eaglet, however, nobody saw them flying to the nest and feeding the chick. Through the scope “Kelemen” was seen eating, though. He seemed to be healthy and strong, he flapped his wings several times.

July 8th
Storm of the year approached the country, but the nest and the family held on.

July 10th
New reasons for being nervous and taking action – nest guards did not see “Kelemen” in the nest. Two experts carefully approached the trees, where his signals came from and caught a glimpse of him sitting on the trunk of a fallen tree.

July 12th
“Kelemen” was sitting on a tree trunk at about 1 metre high. Obviously, he was well fed and also fresh prey lay in front of him.

July 14th
Nest-guards who spent their final day at the scene saw one of the parents flying into the forest. “Kelemen” was sitting at ten metres high at 9 o’clock. This, and the signals from his transmitter assured us that he was flying better and better every day. 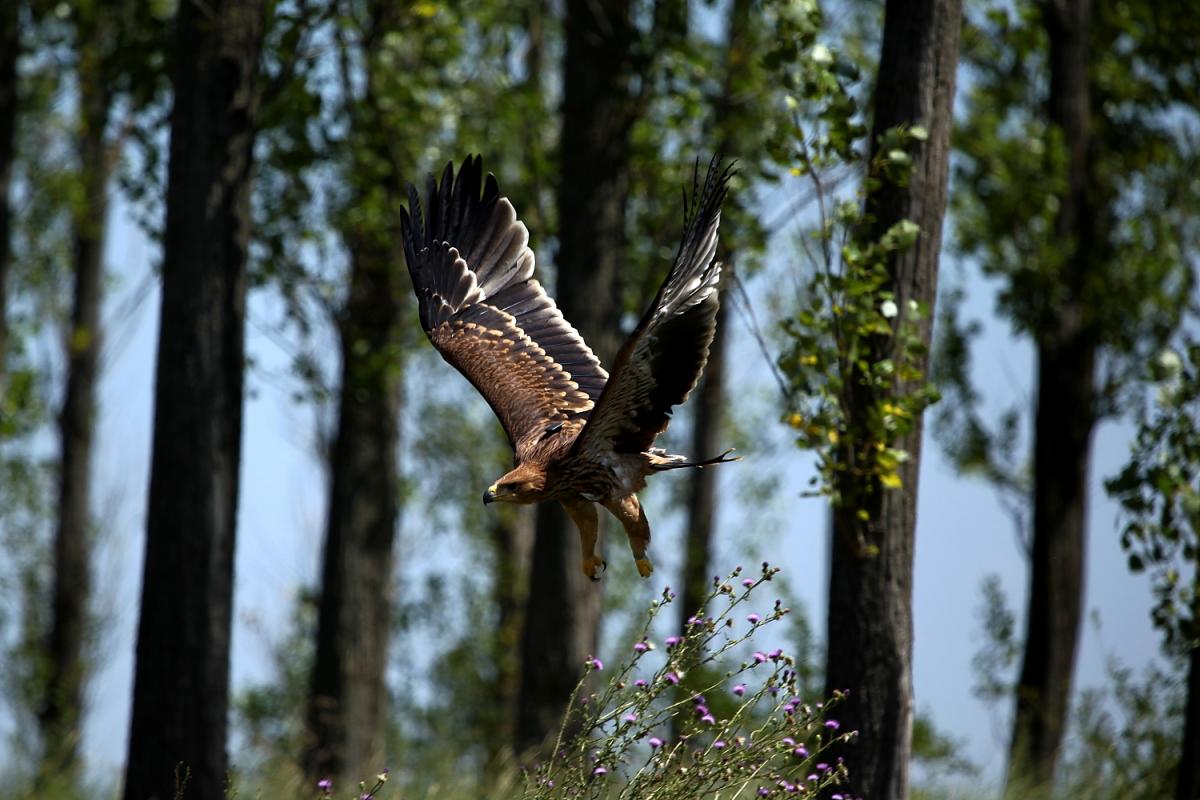 As soon as his flying abilities allow him to move from the nesting area, the wider public may follow his tracks on the www.satellitetracking.eu web site.