„Viktorija” the Macedonian Imperial Eagle, which had visited Hungary, flew more than 11 thousand kilometers in one year

“Viktorija” the young female Imperial Eagle fledged in Macedonia in 2013. Associates of MME and the Macedonian NGO Nature Conservation Association AQUILA satellite-tagged her in the nest on July 1st, 2013. 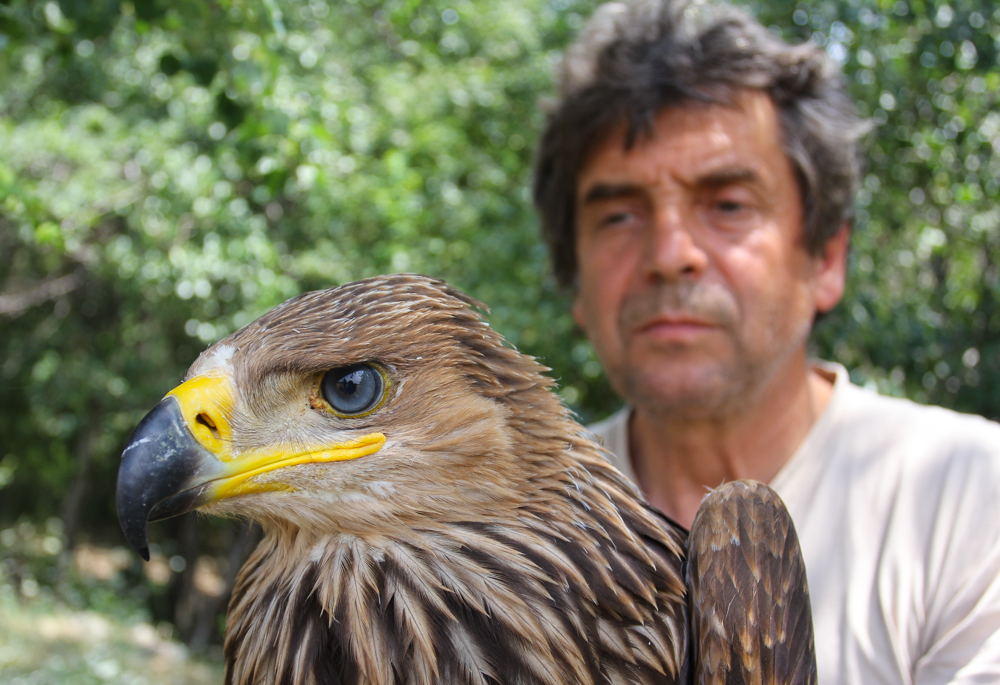 "Viktorija" while she gets her transmitter on July 1st, 2013. (Photo: Dr. Márton Horváth).

Large birds, like eagles take several years to reach maturity and they spend this time gaining experience. Some of them stay close to their natal area, while others wander about far distances during this period.

Individual differences in their behavior well shown by the other four young eagles which received satellite transmitters last year, as well. “Filip” and “Jana” spent the last year in the area where they were born. They made a few short trips but never more than a few hundred kilometers far and always returned home after it. Only “Damjan” showed classic migratory behaviour of all the five Macedonian birds. Two months after tagging, his signals indicated strong movement on September 7th, 2013. First, he flew 300 kilometers northeast and then he turned south to Turkey in Southwest Romania to be found dead in South Turkey in less than a month later. “Marko” had an even worse fate, he died last August shortly after having fledged. He probably fell prey to a carnivore mammal while spending the night on the ground instead of a tree.

The fifth satellite-tagged eagle “Viktorija” belongs to those eagles which wander around huge areas before settling down for breeding. She left Macedonia in March and had visited 14 different countries by mid-September. After having flown 6400 kilometers with an average of 40-50 km/h speed she reached the treeless steppe zone in Kazakhstan and eventually she spent the summer here, where Steppe Eagles dominate the countryside. Imperial Eagles don’t breed in this kind of habitat and most likely the high density of marmots and susliks attracted her. She left the area on Aug 16th flying to west and after crossing Poland and Slovakia she reached Hungary near Balassagyarmat on September 16th. Her roosting place was in the Cserhát, where associates of MME could observe and photograph her in the next two days. She continued her southern journey on September 19th arriving in Serbia. She is expected to spend the winter in her Macedonian natal area where she stayed during her first year. 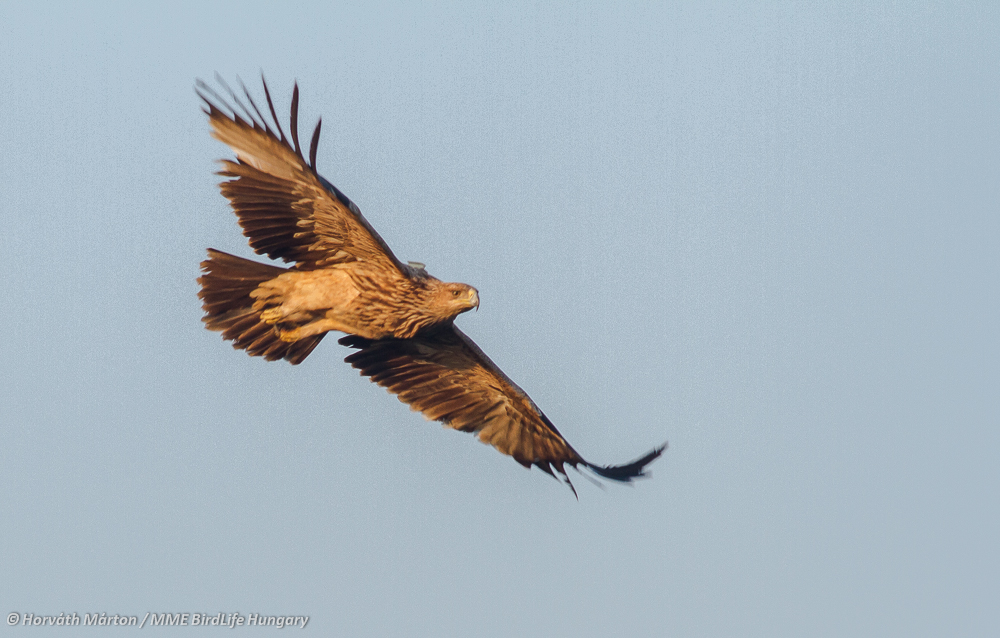 "Viktorija" near Pilis in Hungary on September 18th just when she left the roosting place and
rose on the first thermals to head south to Serbia. The transmitter can be seen well on the
back above the right wing (Photo: Dr. Márton Horváth). 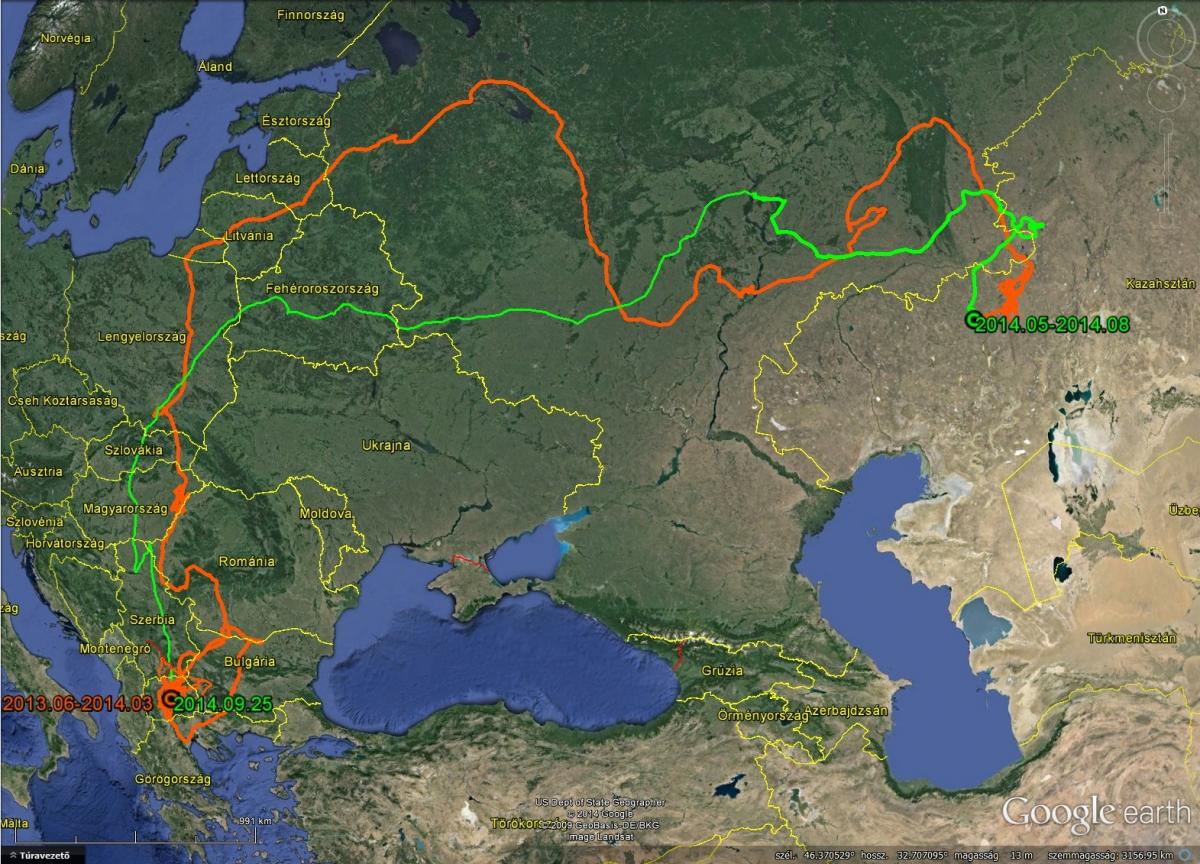 "Viktorija’s" journey until September 19th. (spring route is drawn with orange, autumn
route with green). Click on the picture for updates! (Source: satellitetracking.eu).