Two weeks ago, we reported that “Remény”, who we followed since being in the egg, and his conspecific fell victims to poisoning. Thorough investigation has been launched, but the results of it cannot be communicated yet.

Nevertheless, in a very similar case that happened one and a half years ago and which has already entered the court phase, police was helped by a lucky photograph from which both the perpetrators and a dead Imperial Eagle could be positively identified. Their trial is starting next week, and nature conservationists look forward to the sentence since culprits being held accountable will carry an important message that crimes as this cannot be committed without consequences in Hungary. 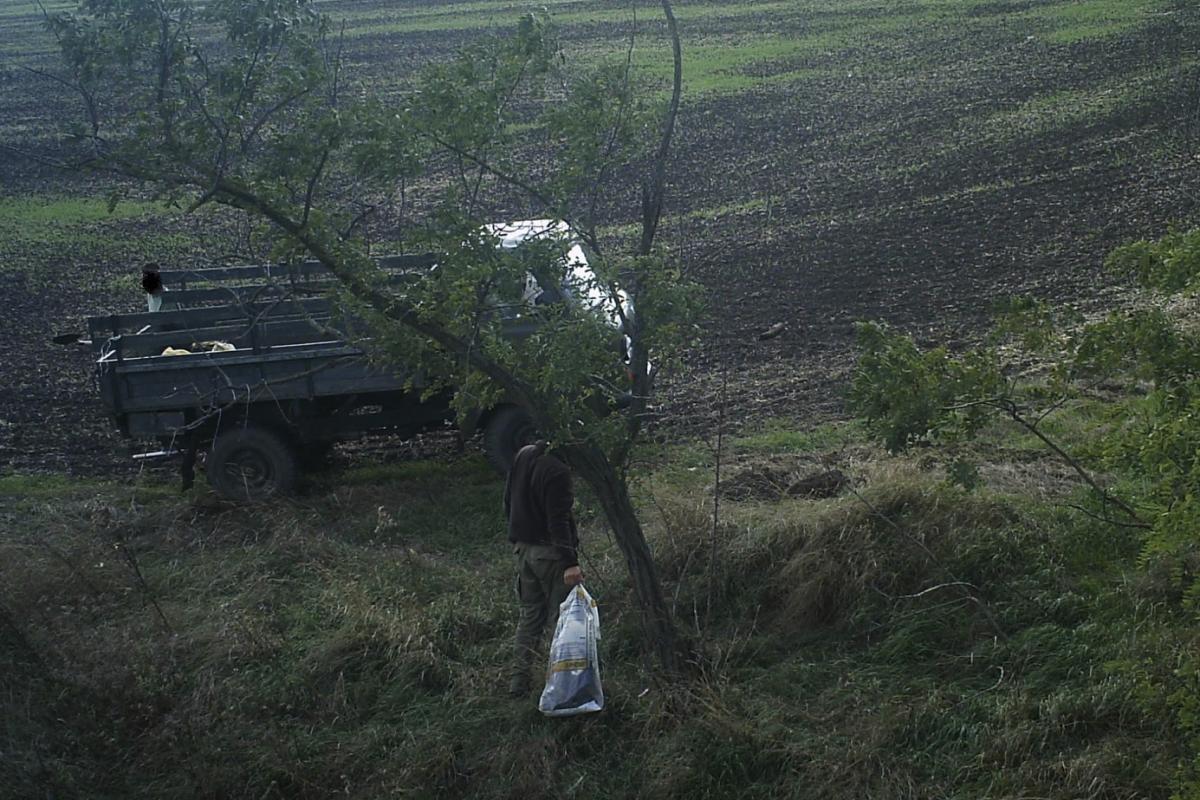 One of the trail cam photos (Source: HELICON LIFE+).

Before the death of “Remény” and his conspecific was discovered recently, not a single Imperial Eagle have died provably due to poisoning for one and a half years. In September 2013, a carcass was found by experts of MME/Birdlife and rangers of the Hortobágyi National Park Directorate in Jász-Nagykun-Szolnok County by the signals of its transmitter. After searching through the area a poisoned Marsh Harrier and poisoned baits were also discovered. “Falco” the only detection dog, specialized in poisons and carcasses, in Central Europe was trained for exactly such cases within the framework of the HELICON Life+ project and he could already help police investigation on his very first appearance.

Due to increased attention on the area by local rangers after the poisoning case, photos could be obtained of two perpetrators collecting the poisoned baits while carrying a transparent plastic bag with the carcass of an Imperial Eagle in it.

Two local hunters were indicted by the prosecutor based on the evidence found by The National Bureau of Investigation. The trial will be held behind closed doors next week. Nature conservationists and “eagle-fans” pay special attention to this case since after almost two hundred similar cases now there is a really good chance for a serious sentence, which will hopefully help to reduce bird crime in the future. It is illegal to use poisons in game management in Hungary, therefore Hungarian National Hunting Chamber has been participating in fighting this in collaboration with nature conservationists and law enforcement authorities within the framework of HELICON Life+ programme.

Database of MME shows that about 600 protected and strictly protected birds, in a total value of 163 million forints, fell victims to poisoning aiming predators. There are 76 Imperial Eagles, 101 White-tailed Eagles, 13 Saker Falcons and 362 Common Buzzards on the list. The active substances of the poisons used have been banned previously in the EU, therefore their possession is against the law.  Using them as bait considers to be poaching, nature damaging and animal cruelty and can be punished with several years of imprisonment. Not to mention the fact that these poisons may enter the food chain incidentally and cause a fatal accident to humans.