20 of the 21 Eagles, satellite tagged and named after renown sportsmen and ornithologists by MME/Birdlife, have survived the winter, which is both a huge surprise and success in the light of our previous negative experience.

She was robbed, along with her two siblings from the nest in 2011. Even though, she had visited 12 countries already; she settled down in Jász-Nagykun-Szolnok County eventually  and found a mate, an immature male Eagle, with whom she built their own nest. Later, they abandoned it for unknown reasons and moved 30 km further to build another nest, however, they do not seem seem to breed this year, which is not uncommon among immature pairs. 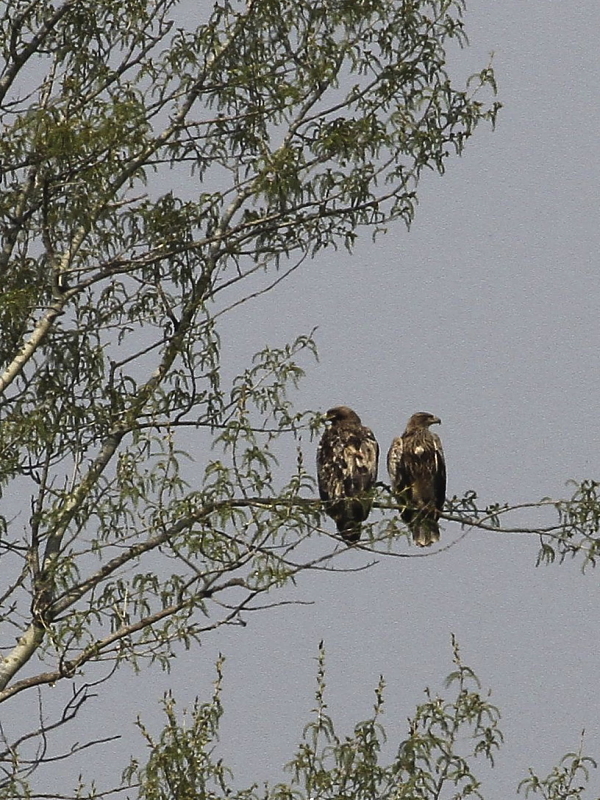 She was the first Imperial Eagle ever to visit West-Africa. During her travel she had visited 16 countries and spent her winter in Ghana, where her transmitter failed. Later, as we already reported about it, to our delight, she was photographed on Pantelleria island, where she had spent nine months between April 2013 and January 2014 accompanied by a young Steppe Eagle. She has not been seen there since then; we can only hope that she is alive and made it back home safely.

“Schenk” got poisoned and recovered last summer. Her transmitter had not worked properly from October through April, but fortunately it started sending signals again last week including all the positions from the past 5 months. These revealed that she did not leave the area of Southeast-Hungary.

„Kittenberger” was also poisoned last December. He was rehabilitated and later released by Zsolt Semjén Deputy Prime Minister. He was seemingly in good health and did some trips to the Partium and Vojvodina, but he had spent most of his time in the southern part of the Great Plains.

She received her transmitter in Macedonia last year. This spring, she decided to make a long trip, and she continued all the way to the border area between Hungary and Romania. After having spent a few days to fill up, she, to our big surprise, continued her journey to the north and already reached the Russian Kaliningrad region close to the Baltic Sea on April 22nd. There is a distance of 1500 km between her natal area and her current residence. There has not been any proven case of a satellite-tagged Imperial Eagle wandering so far north, and only a handful observations of the species in more northerly parts of Europe.

We already posted about her adventurous life; however, she has met her fate in the end. She was ringed and tagged with a GPS / GSM transmitter as a chick in Bulgaria by the Green Balkans conservation organization in the frame of an OP Environment project in the summer of 2012. Being the biggest in the clutch, she was named Vihra, which means gusty wind in Bulgarian. She sent her last signals from Central-Bulgaria in April 2013. 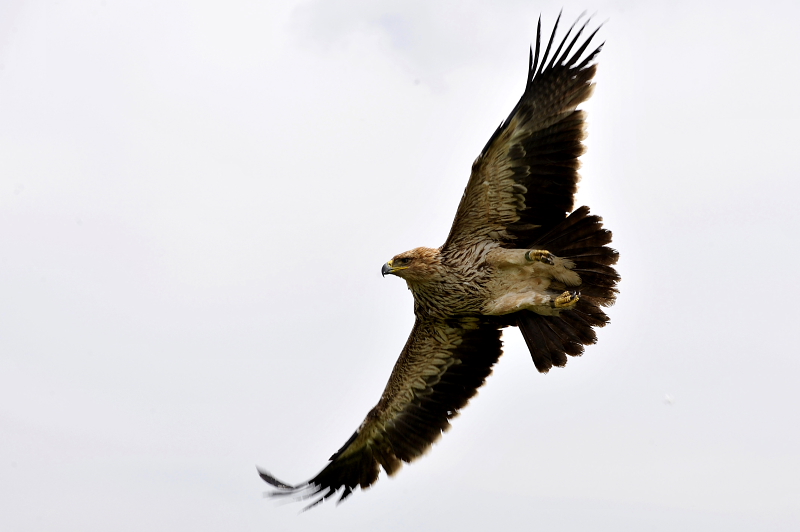 So it was a real sensation than she was found weakened due to poisoning in Hungary in May. It was the first proof of a Bulgarian Eagle visiting Central-Europe. Within the framework of HELICON - Conservation of imperial eagles and the BSPB’s Life+ - Save the Raptors programme, associates of MME mounted a satellite transmitter on Vihra’s back in order to follow her movements via internet.

Two months after her release, she left Hungary and returned to Bulgaria, from where she took some short trips to Turkey and Greece. One of these proved to be her last one. She disappeared in north-east Greece in January. After three months of silence, her transmitter started to send signals again. Conservationists of WWF/Greece rushed to the location to find her remnants unearthed during agricultural works. The carcass was nearby a medium voltage pylon, so electrocution is the most likely explanation for her death. 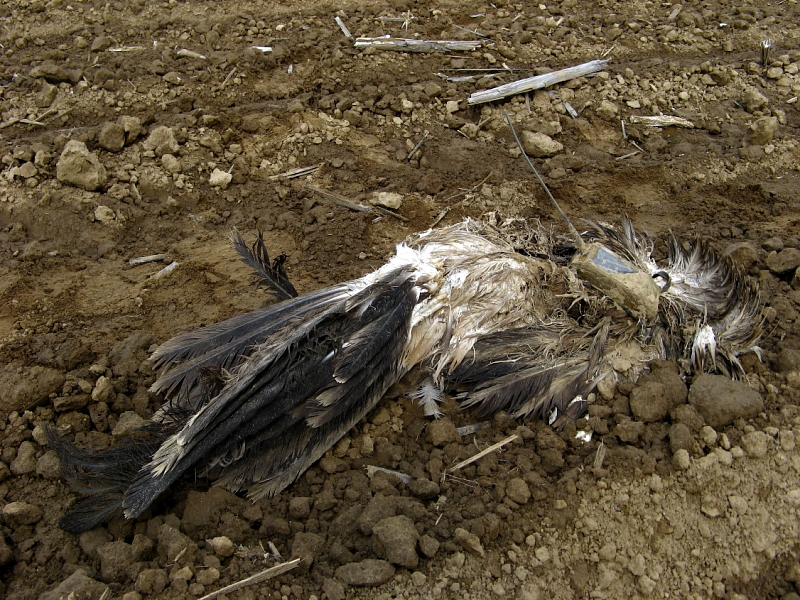 "Vihra’s” carcass with the transmitter visible on the back , ... 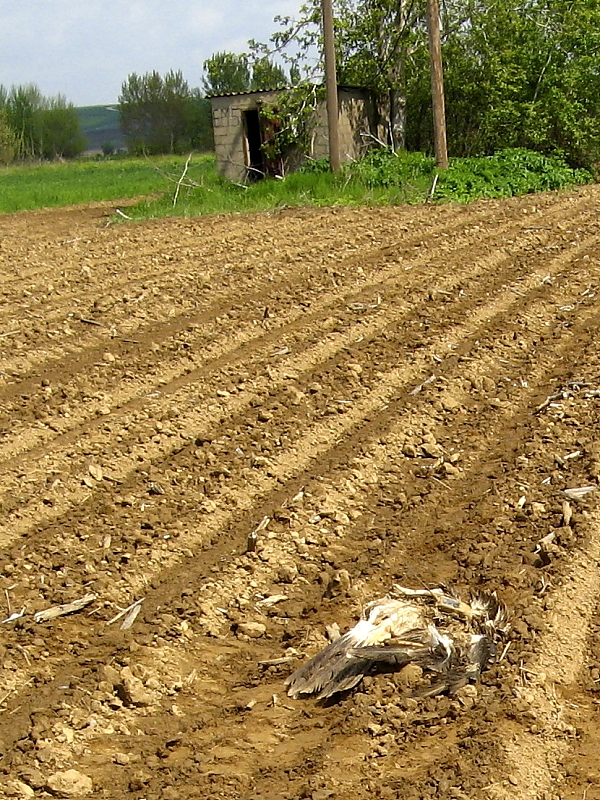 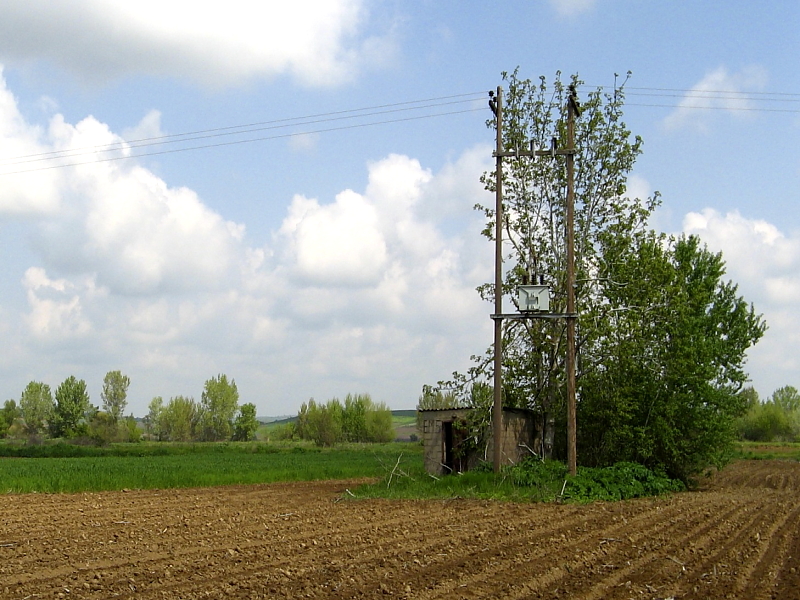 ... near a medium voltage pylon, which probably killed her (Photos: Skartsi Theodora).

Routes of the big travellers until April 2014 (Source: satellitetracking.eu
- click on the map for updates!).

All of the ten satellite-tagged juveniles from Hungary have survived the winter and visited 15 countries in the meantime. This rate of survival is unprecedented among tagged birds. With the exception of „Vasvári” they all stayed within the Carpathian Basin.

„Vasvári” was born in the Hernád-valley and left from there to visit south-west Greece. He returned at the end of March, 2014. Our Greek colleagues took some fabulous pictures of him and his wintering place. 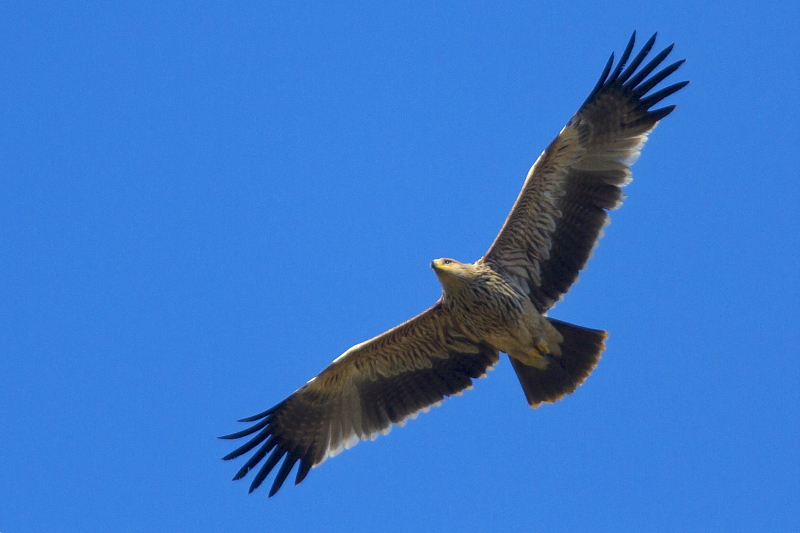 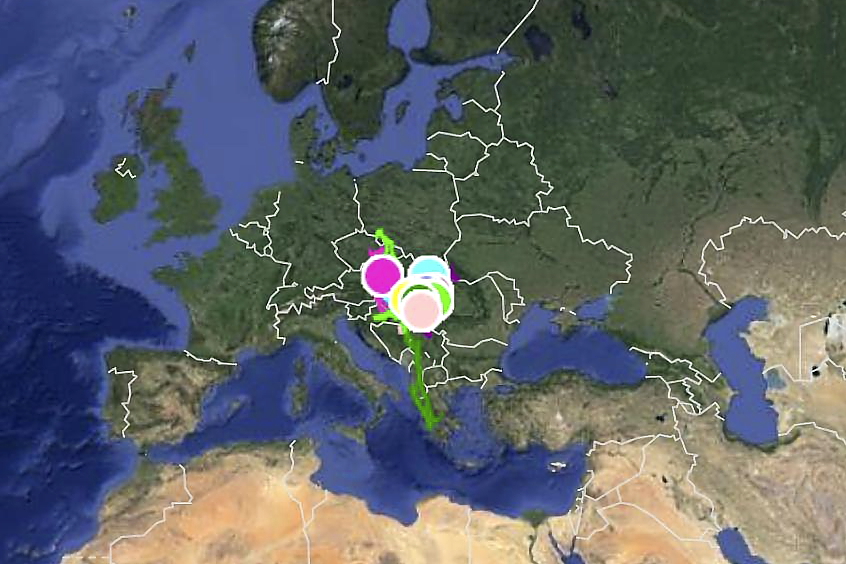 Apart from being lucky, we hope that reduced intensity of poisonings could help the survival of them in Hungary. Besides mapping their movements and habitat requirements, satellite tagging is useful in discovering poisoning cases, rescuing birds in danger as fast as possible and it may also deter possible perpetrators to commit bird crime.